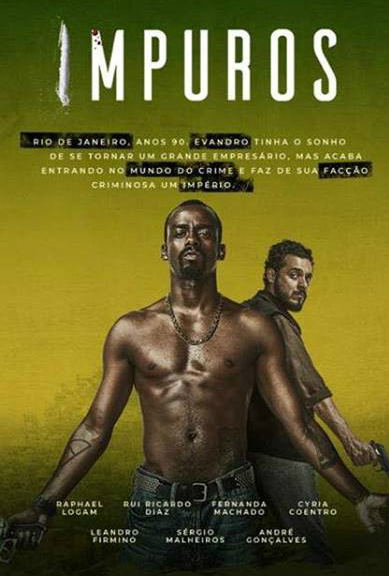 After entering the army, Evandro do Dendê, a young man from the carioca periphery loses his younger brother, murdered in a narcotics negotiation. The vengeance will awaken Evandro’s wild side that, combined with his strategic thought and his coldness, will reach him to the leadership of one of the biggest criminal organization in the world. The success of Evandro’s conquers will draw the attention of the veteran federal policeman Morello, a man that seems to look for his own destruction, but doesn’t know where to find it. On one side, a criminal scarred by several losses, betrayal and his mother’s rejection, whose conquest of love is the hidden motive for all his ambition; on the other side, a hunter that found a lion at his level and can, finally, provide him the honorable death he has been looking for so long. A history of two violent men, strategists, cold, respected for their army and that share the love for war